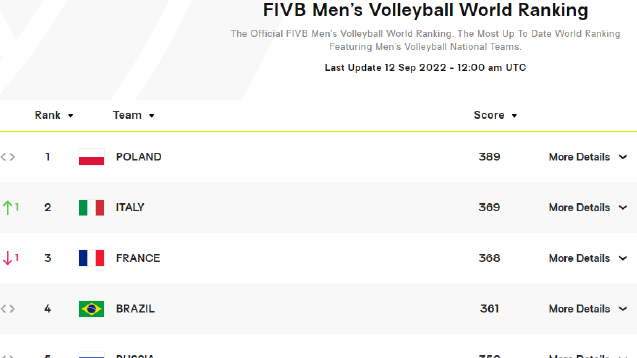 September 12, OKbet sports news, after the 2022 Men's World Volleyball Championship came to an end, the FIVB updated the latest world rankings for men's volleyball. This edition of the ranking will also determine the qualification for the 2024 Olympic Games in Paris, with the top 25 teams shortlisted for the qualification. Although the Polish men's volleyball team failed to hit the World Championships 3 consecutive titles, but still ranked first with 389 points; Italy won the final 3-1 over Poland to win 11.04 points, with a one-point advantage over France to the second place; France, Brazil, Russia, the United States, Japan and Argentina were ranked 3 to 8.

China men's volleyball team plummeted in the ranking due to the poor results of the World Championships, with 151 points and the world ranking falling from 19th to 26th before the tournament, so whether they can play in the Olympic qualifying rounds is to be determined. The Chinese team will have to hope that Russia will continue its ban or that other top-ranked teams will withdraw from the tournament if they want to win the right to qualify for the Olympics.

China men's volleyball team is ranked 4th among Asian teams, behind Japan (7th), Iran (10th) and Qatar (25th). China is as much as 126 points behind Japan, the highest-ranked team in Asia, and 116 points and 1 point less than Iran and Qatar, respectively. 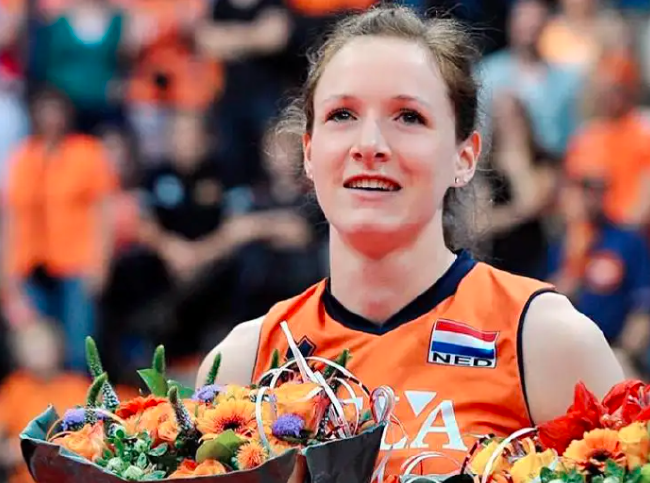